Yelp and Your Agency 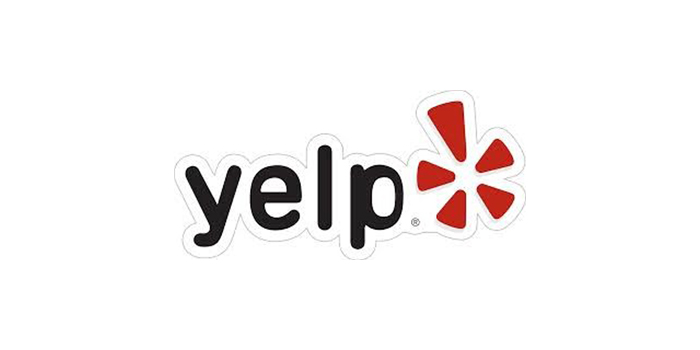 In the past few weeks I have spent a lot of time sharing ideas about how to use Google to help you grow your business. This week I want to talk about Yelp.

FULL DISCLOSURE: A movie called the Billion Dollar Bully will be coming out on May 21 (Amazon and iTunes initially) that is fairly critical of Yelp. I was interviewed for that movie based on some articles I wrote defending small business owners against Yelp practices. You can see what it as about on the 1½ minute trailer you can see here (https://bit.ly/yelpbdb). The last person speaking on this clip is me. (I have no idea how much of what I said in a three-hour taping actually made the movie, but six seconds of it made the trailer.)

Yelp has exploded from an idea to a very powerful force in American business in just a few short years. Consumers love Yelp. It offers lots of information about a business in which a consumer is interested plus reviews from other clients of the business. Business owners, however, have more mixed feelings about Yelp. They have absolutely no say in whether they want to participate in Yelp reviews, but they can play along with varying degrees of enthusiasm to bolster — or defend — their positions.

Let’s take a look at the accusations business owners level at Yelp and see if they are justified or not. Yelp is a “machine”. While there certainly are humans behind the machine, the millions of reviews that are processed every day require automation to make it work. The other factor is that, like Google, nobody outside of Yelp really knows how the machine works. And, just like Google, Yelp changes how the machine works occasionally. Online marketers are constantly wanting to figure out how Google works so they can “game” the system and gain an advantage.

MORE FULL DISCLOSURE: Our business at Rowan Reputation Resources is entirely predicated on how to ethically and legally “game” the Google system.) Home care agency owners are not so accustomed to such games. They see Yelp using some mysterious system that either helps them or hurts them and they are suspicious. Here are some examples:

“Yelp only posts my negative reviews and filters out the positive ones.”

The creators of the Yelp machine made a couple of assumptions. First, they assumed that when people are upset, they tend to speak from the heart. In other words, they speak the truth. That is why negative reviews tend to show up on Yelp faster and stay longer. They are not filtered by Yelp because Yelp believes that they are probably credible.

That is not to say that there are not competitors of the business or enemies of the owner who won’t try a little mischief. False negative reviews can make it onto the Yelp site. Obvious and provable falsehoods can be removed by Yelp (or the person who posted it), but the system is not perfect and some “false negatives” still slip through.

On the other hand, if a review comes back all puffy with positive comments from someone who has not submitted many (or any) Yelp reviews in the past, Yelp believes that the owner of the business asked for the review from friends or family (often quite true) and the review is, therefore, lower on the credibility score. It is human nature. People do not generally go out of their way to rave about service that they routinely expect to be good – particularly if they have not been prone to praise in the past.

People who consistently write reviews for Yelp are more trusted to be legitimate. Some people will write reviews – positive and negative – on every business they patronize. Yelp trusts them. A new noun has been created as a result: “Yelper”.

That is why people, who don’t routinely write Yelp reviews and then suddenly write legitimate positive reviews about a business, are filtered and their reviews are not posted.

“When I refused to buy advertising on Yelp, my positive reviews stopped showing up

This accusation is one that Yelp flatly and repeatedly denies. It is a key claim that is explored by the Billion Dollar Bully and the film does make a pretty good case for it. Who knows? Is it farfetched to see a rejected Yelp salesperson “turning the screws” a bit on the business who declined to buy advertising? The question remains whether salespeople are actually issued the screwdrivers.

“Yelp puts competitor ads right inside my listing on Yelp.”

This is true and Yelp admits it. This gets back to the concept of ownership. Yelp owns the site and can generally do with it as it pleases. And, who is to object? Not Yelp users. It is all information to them. Business owners cannot refuse to cooperate. Yelp will list and review them just the same.

Those who buy advertising from Yelp do not have competing ads in their Yelp listing. Conversely, if you do buy Yelp advertising, you will have your ad placed in a competitor’s space.

In these letters we try to make home care agency owners aware of the various ways to show up better online. It is clearly a deficit in most home care agency marketing efforts. Helping agencies is our business. In a FINAL FULL DISCLOSURE, I should tell you that as a company we do not work with Yelp in soliciting reviews. While Google is our primary target there are dozens of other sites that take reviews and we feed all of them.

There are several reasons for us excluding Yelp. First, Yelp does not like it and has occasionally punished clients of companies like ours for attempting to encourage happy clients to say so using software tools to make it easy. Yelp is married to the idea that angry people should have a voice that hurts businesses that do not make “the grade”. We feel this is particularly unfair in the home care agency business where access and ability to leave reviews is more limited.

Secondly, Yelp is not a significant source of information or business for home care agencies other than a few cities on either coast. Yelp’s search market share is six percent vs. Google’s 70 percent.

Finally, because there are relatively few home care agency reviews on Yelp, the positive reviews are generally filtered out by Yelp anyway for the reasons listed earlier in this letter.

Certainly, you should have your agency listed in Yelp as much as you should have it listed on five dozen other sites if for no other reason than to bolster your Google placement. There are better places to get your happy clients to leave reviews, however. For information about how to do this, click on https://bit.ly/get-hc-reviews.